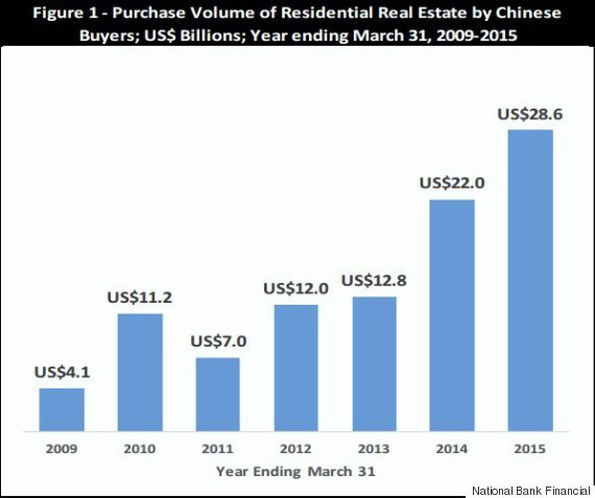 The Urban Development Institute, a non-profit association representing the development industry and related professions, argues that while a great many factors contribute to rising prices, lack of supply, both in type of house and location, is a major problem [1].

The same was true for attached properties at the $700,000 mark on Vancouver’s east side. In other words, the pool of available homes is draining faster than it’s being replenished [1].

Interestingly, data shows of the approximately 4,500 new homes completed last year, about 1,300 were single family. But since there is no new land, most of those were simply replacing existing older homes. In other words ,they didn’t add additional stock. To make matters worse, in 2015 only 80 family-friendly townhouses were built in the city of Vancouver [1].

The government is now limiting buying to those who pay income tax [2].

When looking for people to blame, B.C.’s hot housing market often points to foreign investors as the ones to blame; however, numbers were never put to paper to justify such a claim.

National Bank financial analyst Peter Routledge has calculated that Chinese home buyers may have bought as much as 33% of the total housing volume in the city of Vancouver last year [3].

Is it now time for further government intervention?