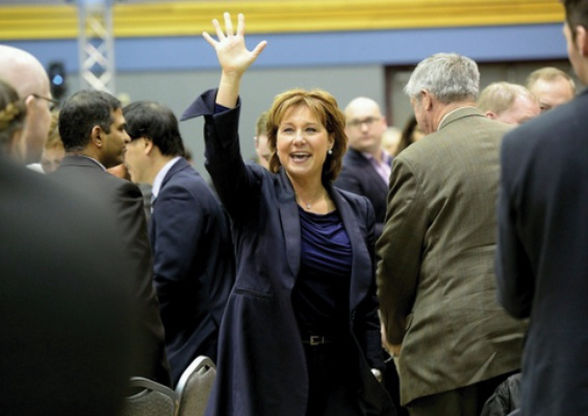 Late last week, Premier Christy Clark announced that the government would be cracking down on the practice of “shadow flipping” whereby a real estate agent profits more than once from the sale of a single property [1]. As we wrote earlier this week, there were many speculations that this was a far less bold move on the issue of affordability than the Liberal party had inteded us to believe.

The Premier was also indecisive on her outlook for regulating the “shadow flipping” accross the province, as she added it would be up to each municipality to decide whether to invoke the regulations, noting resort municipalities may have a different view than other cities [2].

As Brian Hutchinson of the National Post quite simply stated: “given the practice [of shadow flipping] involves a tiny fraction–something less than three percent–of real estate activity in Vancouver, Clark’s “important announcement” missed the mark on affordability. Ending the dark craft of “shadow flipping” will have no impact on real estate prices.” [1]

Will home prices in Vancouver go down in the foreseeable future? We don’t think so. Why? Simply because of the intense demand and record low real estate supply across the entirety of the Metro Vancouver area. If more home owners become motivated to list their properties, it will gradually help stabilize price increases in the GVA.

Have any questions, or would you like to learn more about the real estate market and how you can successfully become an investor in today’s market?